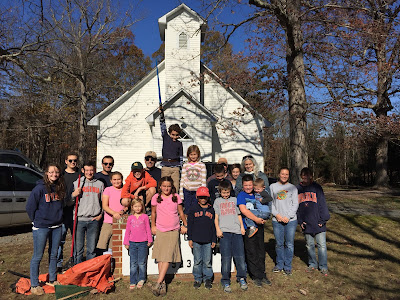 Paul, a servant of Jesus Christ, called to be an apostle, separated unto the gospel of God (Romans 1:1).

One of the frequent titles that the inspired NT authors use to describe themselves is “servant” (so Paul in Rom 1:1; Gal 1:10; Titus 1:10; James in James 1:1; Peter in 1 Peter 2:1; and Jude in Jude 1:1).  The Greek word rendered “servant” in these passages is doulos.  It is perhaps better rendered as “slave.”  A Christian is a slave of Christ.  Related to this term designating believers is the title of Lord (kurios) or “master” to refer to Christ.

Slavery in the ancient world was a different institution than that which existed in the American South.  In the ancient world, slaves could not only serve in menial tasks but also in positions of authority as managers, physicians, and teachers.  Many came into slavery as the result of war.  A person could also sell himself into slavery to settle debts.   Some could actually improve their circumstances in life by becoming slaves, provided they had a master who would be kind and generous.  In the right circumstances, some slaves could also save enough money to purchase their freedom.

In a book on the life and teaching of the apostle Paul, Anthony C. Thiselton provides this helpful discussion:

What did being a slave imply in the world of Paul’s day?  At one extreme, a slave was regarded as a ‘thing’ (Latin, res), or as a property.  Many slave owners or ‘lords’ were harsh and treated their slaves ruthlessly as their personal property, to do with as they wished.  At the other extreme, however, many Stoics, ‘God-fearers,’ and other ‘good’ pagans could be humane, and employ literate or numerate slaves to manage their estates or their businesses while they indulged in city-politics, personal pleasures, or other interests.  If a slave had a ‘good’ master, slavery could be attractive.  It was possible to rise high, and to earn enough pocket money to begin life again as an honoured freedman or freedwoman, perhaps in one’s thirties.  For this reason some who fell on hard times sold themselves into slavery, alongside prisoners captured in war, or people who had committed crimes.  Everything depended on who the lord or master would be.  If they were fortunate, the master’s name and reputation would guarantee them a better status or  higher security against thieves and kidnappers than ever they could have had as poor freemen, left to rely on their own resources.

Paul sees Christ as the most generous, loving, and kind of all masters or lords at whose disposal it was possible to be.  With Christ as his Lord, a Christian no longer worried about himself.  Even if he were to die, his wife and children would remain the responsibility of his Lord….  Coming to faith means being freed from unwanted bondage to evil powers beyond one’s control, to enter into ‘belonging’ to Jesus Christ…. (The Living Paul, pp. 38-39).

May we understand that we now belong to Christ.  He is our good and faithful master who is able to provide for us beyond all that we can ask or imagine.

Grace and peace, Pastor Jeff Riddle
Posted by Jeffrey T. Riddle at 7:49 AM