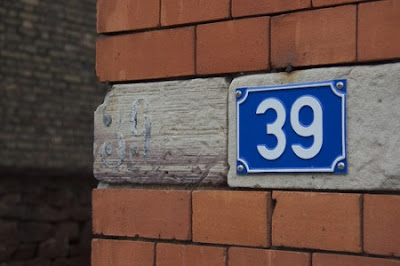 I posted to sermonaudio.com this evening Word Magazine 39: Should John 5:3b-4 be the Bible?  In this episode I weigh the external and internal evidence regarding this controversial passage on the angel stirring the waters at the pool of Bethesda.  I conclude that the traditional text, which includes these verses, should be affirmed.

You can read the notes for many of my comments on John 5:3b-4 here.

One of the strongest arguments in favor of the inclusion of John 5:3b-4 is the fact that it appears in one of the oldest uncial Greek manuscripts, Codex Alexandrinus.  I have also posted a brief study of John 5:3-4 in Codex Alexandrinus here, in which I note some of the peculiarities of Codex A's text of the passage.

This passage has a so strong testimony from the manuscript tradition of the church (booth greek and latin) that it's impossible to ignore or despise.

Another interesting and disputed passage is 1 John 2.23b. Besides the fact that is not present in the majority of the manuscripts, nor in the all editions of the TR and is absent in many old traditional text translations (like Tyndale, Geneva, old portuguese Almeida), this passage has a good support, and is in accordance with Johanine's parallelism.

Thanks for your comment. Yes, it is interesting to see how John 5:3b-4 has been so readily rejected by modern critical text supporters despite its relatively strong external support. I'm not familiar with the 1 John 2:23b issue but will put it on my "to study" list.

This is very beneficial. It looks to me like Metzger was a little too smart for his own good! I personally think modern criticism is rooted in modern skepticism, which is not akin to faith in Christ. I don't think all scholars today espouse unbelief, but if they studied how this all got started, it was a small seed of doubt which spiraled into gross faithlessness. Too many undiscerning souls aren't getting the full benefit of this text. Thanks for sharing.