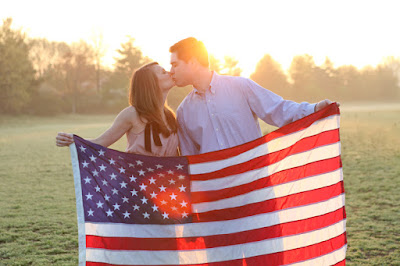 If the foundations be destroyed, what can the righteous do? (Psalm 11:5).

There is supposedly a Chinese blessing (or is it a curse?) which states:  “May you live in interesting times.”  These are, without doubt, interesting times (but are not all times equally so?).  As we move toward the July 4 holiday in the wake of the recent Supreme Court ruling on marriage, we have much to contemplate.

What does this mean for believers and churches who now become “conscientious objectors” to the law of the land?   One widely read response article suggested that Christians must now expect “to have to learn how to live as exiles in our own country.”  The idea of believers as “strangers and pilgrims on the earth” does have a Biblical ring to it (cf. Hebrews 11:13).  Some are already anticipating (and advocating) the revocation of tax-exemption for Biblically faithful churches (see this article).

Some have suggested parallels between this Supreme Court ruling and the Roe v. Wade decision of 1973.  Though abortion became the law of the land, Christians were able to bear witness to the conscience of the nation regarding the fundamental value of human life.  Will we now have the opportunity to bear witness to the culture of the fundamental winsomeness and beauty of marriage as a one-flesh covenant union between one man and one woman that lasts a lifetime (Genesis 2:24)?

If past experience in other nations is any evidence, the changing of marriage laws will likely not increase interest in marriage, but we will probably see its secular value decline. Already, we have seen many young people choosing cohabitation and having children out of wedlock. This is the new normal for many.

“If the foundations be destroyed, what can the righteous do?”   We can continue to be faithful to God’s word.  We can honor the king, so long as that does not compromise our consciences.  We can be witness to this generation.  Writing all the way back in 1996, New Testament scholar Richard B. Hays offered a quotation suggesting the unique challenges (and opportunities) that might come in the future for a Biblical construal of marriage, suggesting it might “become nearly as radical a choice as monasticism, a counter-cultural thing” (as cited in The Moral Vision of the New Testament, p. 374).

We need to learn to speak about Biblical marriage in a pagan culture the way the Church Father Tertullian did when he wrote in the third century (Ad Uxorem, II.8):

Beautiful the marriage of Christians, two who are one in hope, one in desire, one in the way of life they follow, one in the religion they practice.

They are both servants of the same Master.  Nothing divides them either in flesh or spirit.

They are two in one flesh, and where there is one flesh there is also one spirit.

They have no secrets from one another; they never bring sorrows to each other’s hearts.

Unembarrassed they visit the sick and assist the needy.  They give alms without anxiety.

Psalms and hymns they sing.  Hearing and seeing this Christ rejoices.  To such as these He gives His peace.

Where there are two together, there also He is present; and where He is, there evil is not.

Grace and peace, Pastor Jeff Riddle
Posted by Jeffrey T. Riddle at 11:32 AM