Word Magazine No. 32: John Piper on the Pericope Adulterae. Part 2: Can we preach from (supposedly) uninspired texts? 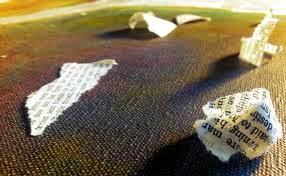 In part one I outlined and responded to Piper's six reasons for rejecting the authenticity of the PA. In part two, I moved on to evaluate Piper's argument that though the PA is not an authentic part of John it is probably an event that really happened. Therefore, he justifies preaching from the text not as the basis of the truth but as pointing to the truth. As Piper puts it, “It’s true.  It’s a true story….  whether it happened or whether it belongs in this Gospel” (start listening c. the 36:31 mark).

In my view, this approach is both unwise and even dangerous.  If we might preach from (supposedly) uninspired texts (like the PA) why not preach from the Gospel of Thomas or the Infancy Gospel of Thomas, since an argument might be marshaled that despite the fact that these books are not canonical they might contain authentic sayings or deeds of Jesus (as some scholars like Robert Funk of the Jesus Seminar and Bart Ehrman, among others, have argued)?  Can we then preach from these texts also not as the basis of truth but as pointing to truth? If not, why not?

Oddly enough, Piper realizes that his approach will likely be perceived by the average Christian in the pew as undermining the stability and authority of the Bible. The most ironic line in the sermon is when he realizes his hearers will take his suggestion that the PA is not part of John as "a gut punch"  adding "That's a downer!" (listen at the 22:58 mark).  Still, he persists in attempting to justify the modern critical text's judgment that the PA is not part of Scripture, concluding, as well, that it can be preached not as truth itself but merely as a "pointer" to truth.

This is very good. You did an excellent job at calling Piper on this problem! I went to seminary for a year (Couldn't finish, $$), and everything that D.A. Carson and Bruce Metzger has put forward is what I heard in my New Testament and Systematic Theology classes. Piper's view is the work of a Politician, whether he intends it to be so or not. I don't doubt that he is sincere. I personally think he is conflicted. He grew up with an AV (KJV) and his father was an evangelist. I imagine he probably remembers his father leading people to Christ, perhaps from this text even. It is a powerful testimony, but his rigorous seminary background and kinship to Carson is also strong. He is the proverbial fence rider. Whatever his intention, the doubt he is casting is more damaging than he intends. To get the public to take the bitter poison, you must administer it in small portions. I remember reading a quote from Augustine translated into English. I am paraphrasing, but I remember reading that he testified that people were removing the Pericope Adulterae from their Bibles because they had a "prudish fear" that it would promote adultery.

Thanks for your comment. I do think you are right that JP feels conflict between his relatively mainstream academic training and his efforts to hold to an evangelical approach to the Bible.

I just read an interesting article today from W. L. Peterson who made reference to the Augustine citation. Edward F. Hills offers this translation of it: "Certain persons of little faith,or rather enemies of the true faith, fearing, I suppose, lest their wives should be given to impunity in sinning, removed from their manuscripts the Lord’s act of forgiveness toward the adulteress, as if He who had said ‘sin no more’ had granted permission to sin” (The KJV Defended, p. 151). So, Augustine knew the PA (c. 400) and also knew that it was a controversial passage which had been removed by some misguided, hyper-pious persons.