Head Coverings, Gender Confusion, and Authority: Some Thoughts on 1 Corinthians 11:1-16 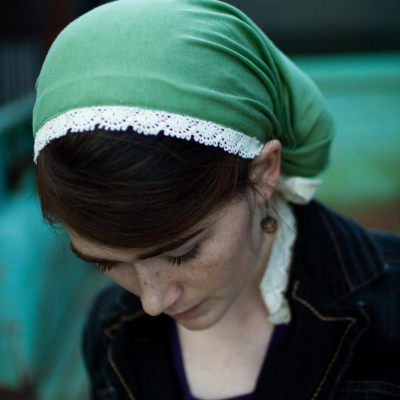 Note:  We recently spent several Sunday School lessons at CRBC discussing various issues related to the interpretation of 1 Corinthians 11:1-16 (none of which were audio recorded).  Below is an outline of the material I presented in the final session on November 23, 2014:

I.  Eight Points on Interpretation:

1.  Paul writes to remind the Corinthians to follow his example and teaching and to keep his authoritative ordinances (vv. 1-2).

2.  There has been a breakdown of order in understanding the distinctive roles of men and women, which reflect the relationship between Christ and the church (v. 3; cf. Eph 5).

3.  This breakdown has been manifested in the public worship assemblies, particularly in the exercise of prayer and prophesying (see vv. 4-6).  Both men and women prayed and prophesied in the church, but this had been done in such as way as to abandon the distinctions between gender roles.  This was demonstrated in the abandonment of culturally normative ways for men and women to be distinguished one from another.  Men were covering their heads (like women) and women were uncovering their heads (like men).  Compare:

KJV Deuteronomy 22:5 The woman shall not wear that which pertaineth unto a man, neither shall a man put on a woman's garment: for all that do so are abomination unto the LORD thy God.

Note:  Prophesying was an extra-ordinary spiritual gift manifested in the early church and exercised by both men and women (cf. Acts 2:17; 19:6; 21:9).  One did not have to fill the office of prophet in order to prophesy.  With the close of the apostolic age, this gift has ceased.

5.  Paul thus concludes that a woman ought to have “power (exousia—authority) on her head” (v. 10).  Notice, he does not require an article of clothing as a covering but “power” or authority over her.  Notice also that he gives as reason “because of the angels.”  What does this mean?  Is it a reminder that that some rebellious angels also once rebelled against the established created order?  Compare:

KJV Jude 1:6 And the angels which kept not their first estate, but left their own habitation, he hath reserved in everlasting chains under darkness unto the judgment of the great day.

6.  Paul corrects any misunderstanding that might arise among men which could lead to chauvinistic views toward women based on the teaching of male priority (vv. 11-12).  Focus should be given to the last phrase: “but all things of God” (v. 12).  All comes from God, and all are under God.

1.  Gender distinctions are not to be ignored in the life of believers and in the church.

2.  Men and women are spiritually equal, and yet they have different roles to play in life and in the church.

3.  Men and women should follow culturally appropriate norms that distinguish between the genders in dress and actions.

4.  Men and women may both participate in the life of church and in the worship of the church as spiritual equals, but they must do so within the order that God has ordained.

5.  Women, in particular, must not attempt to usurp the place of men (cf. Gen 3:16), either within the home or within the church.

6.  This passage does not specifically require the wearing of headcoverings as articles of clothing or dress (see especially v. 10).

7. Rather, it requires an inner disposition of humility and submission that cannot be so easily observed (cf. 1 Peter 3:1-7).
Posted by Jeffrey T. Riddle at 10:27 AM