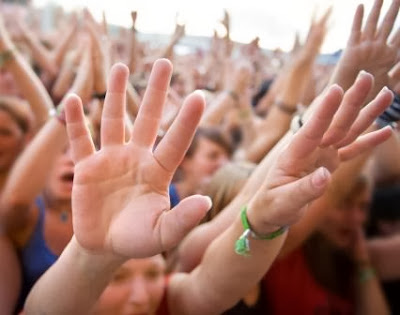 The only book I allowed myself to buy at the Keach Conference was Dabney’s Discussions Volume III:  Philosophical.  The first article I read (worth the price of the volume alone) is one titled “Spurious Religious Excitements” (from The Presbyterian Quarterly, October, 1887, pp. 456-475).  You can listen to a reading of the article here.


In the article Dabney warns against “religious excitements” which he defines as “temporary movements of the emotions devoid of any saving operation of the Truth on the reason and conscience” (p. 456).    The article is aimed at the emotionalism of revivalism and what we might call today “easy-believism.”  In Dabney’s day the “third wave” of so-called charismatic renewal had yet to appear.  Still, his article has a contemporary ring to it. Here Dabney describes how emotions might be manipulated to stir up false religious experience:


These plain fact and principles condemn nearly every feature of the modern new measure “revival.”  The preaching and other religious instructions are shaped with a main view to excite the carnal emotions and instinctive sympathies, while no due care is taken to present saving, didactic truth to the understanding thus stimulated.  As soon as some persons, professed Christians, Or awakened “mourners,” are infected with any lively passion, let it be however carnal and fleeting, a spectacular display is made of it, with confident laudations of it as unquestionably precious and saving, with the design of exciting the remainder of the crowd with sympathetic contagion.  Every adjunct of fiery declamation, animated singing, groans, tears, exclamations, noisy prayers, is added so as to shake the nerves and add the tumult of a hysterical animal excitement to the sympathetic wave.  Every youth or impressible girl who is seen to tremble, or grow pale, or shed tears, is assured that he or she is under the workings of the Holy Spirit, and is driven by threats of vexing that awful and essential Agent of salvation to join the spectacular show, and add himself to the exciting pantomime.  Meanwhile, most probably, their minds are blank of every intelligent or conscientious view of the truth; they had been tittering or whispering a little while before, during the pretended didactic part of the exercises; they could give no intelligent account of their own sudden excitement, and, in fact, it is no more akin to any spiritual, rational, or sanctifying cause, than the quiver of the nostrils of a horse at the sound of the bugle and the fox-hounds.  But they join the mourners, and the manipulation proceeds…. (p. 466).
Posted by Jeffrey T. Riddle at 12:56 PM

Here's a disturbing passage from Dabney, on "the passions":
"If it appear that the Africans in
these States were by recent descent pagans and barbarians,men in bodily strength and appetite, with the reason and morals of children, constitutionally prone to improvidence, so that their possession of all the franchises of a free white citizen would make them a nuisance to society and early
victims to their own degradation ; and if sound experience teaches that this ruin cannot be prevented without a degree of restraint approaching that proper for children; that is, by giving to a guardian the controul of their involuntary labour, and the expenditure of the fruits for the joint benefit of the parties ; how can we be condemned for it?"from his Defence of Virginia", 1867

None of these kinds of sentiments are expressed in the article cited in my post. It might be noted that the article cited in my post is from 1887 and the one you cite from 1867, just two years after the end of the war. No doubt, Dabney spoke with no small degree of bitterness at that time, seeing his cause lost, friends killed, and his homeland devastated by war. He was a man of his time and historical location. No doubt, most white Northerners (including some abolitionists) held similar patronizing views about those of African descent. But the Biblical faith Dabney imperfectly stood for has done more to dismantle slavery than any other force on earth. I have recently been reading Rodney Stark's "The Victory of Reason" where he points out how Christianity did away with slavery. He notes that the great Greek philosophers Plato and Aristotle both held slaves. Aristotle even saw slaves as sub-human, mere "talking tools." Most see them as men of their times and few would advocate not reading them due to this fault. I would say the same of Dabney. Approve him where right and disapprove where wrong.