Letis on Warfield, Infallibility, and Innerancy 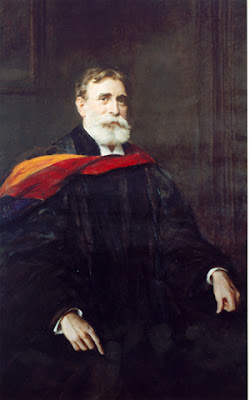 Here are a few more gleanings from Theodore Letis’ The Ecclesiastical Text (1997):

Theodore Letis lays much of the blame for the contemporary abandonment of the received text of Scripture in favor of the modern critical text at the feet of the Princeton lion B. B. Warfield.  According to Letis, it was under Warfield’s influence that conservative Reformed and evangelical Christians began to speak of the “inerrancy” of the Bible rather than the “infallibility” of the Bible.  Warfield did this in an effort to defend the Bible from its modern critics, but, Letis contends, the unintended result was a compromise of the traditional, confessional, “catholic” view of the authority of the Bible.  He observes:

Warfield attempted to retain the old orthodoxy but by also making a major, largely unacknowledged concession to modernity, by abandoning a sacred text of the Church for a future scientific reconstruction of the Academy (p. 81).

By turning the focus away from the preservation of the Bible in its received form (i.e., in the copies or apographa) in favor of the “scientific” text critical search for the elusive original text (i.e., the autographa), Letis contends that Warfield “made the Church a bondservant of criticism” (p. 72).

Here are some of Letis’ thoughts on the shift of terminology from “infallibility” (the word used in the Westminster Confession and London Baptist Confession, article one, to describe Scripture) to “inerrancy” (originally an astronomical term to refer to “fixed stars” that was not applied to the Bible until the nineteenth century):

The change of one landmark word in the theological terrain can alter the entire landscape!  Such is what happened with the substitution of the non-confessional word “inerrancy” for the catholic term infallible.  Because “inerrancy” always and only has as its referent, the “original autographs,” it always invites the quest for the historical text, which in turn always culminates in the quest for the historical Jesus.  The change of but one word has resulted in the complete destruction of the classic Protestant view of Scripture and yet its would-be Reformation advocates continue to bow to the political pressures of non-Reformation “evangelical” communities (p. 79).