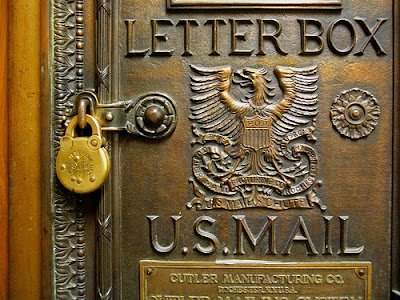 In Life and Campaigns, Dabney also stresses Jackson’s early convictions regarding the keeping of the Christian Sabbath. One evidence of this was Jackson's attitude toward the postal service, which then ran on Sundays.
In his sketch of Jackson’s pre-war life in Lexington as a teacher at VMI, Dabney observes:
His convictions of the sins committed by the Government of the United States, in the unnecessary transmission of mails, and the consequent imposition of secular labor on the Sabbath day, upon a multitude of persons, were singularly strong. His position was, that if no one would avail himself of these Sunday mails, save in cases of true and unavoidable necessity, the letters carried would be so few that the sinful custom would be speedily arrested, and the guilt and mischief prevented. Hence, he argued, that as every man is bound to do whatever is practicable and lawful for him to do, to prevent the commission of sin, he who posted or received letters on the Sabbath day, or even sent a letter that would occupy the day in travelling, was responsible for a part of the guilt. It was of no avail to reply to him, that this self-denial on the part of one Christian would not close a single post-office, nor arrest a single mail-coach in the whole country. His answer was, that unless some Christians would begin singly to practice their exact duty, and thus set the proper example, the reform would never be begun; that his responsibility was to see to it that he, at least, was not particeps criminis; and that whether others would co-operate, was their concern, not his. Hence, not only did he persistently refuse to visit the post-office on the Sabbath day, to leave or receive a letter, but he would not post a letter on Saturday or Friday, which, in regular course of transmission, must be travelling on Sunday, except in cases of highest necessity (p. 88).
JTR
Posted by Jeffrey T. Riddle at 9:43 AM

In his letters to his wife, he would, I think, often urge her to be careful not to post any letters so close to the Sabbath that they might end up in transit.
This man, is my all-time, historical hero (Is it right to have 'heroes'?!) If not, I apologise, It it's ok... he's my man. As a Christian, as a leader, as a husband ... he sought to honour God in all his ways. Thanks for these posts

Thanks for these posts on Gen. Jackson. I look forward (hopefully) to reading more.

Although I'm not a Sabbatarian, I do admire his strong conviction regarding the Lord's Day. And, yes, I think it's probably wrong to do work that can be avoided on the Lord's Day, but I don't think it has to be kept in a strict way. Still, Gen. Jackson is one of my all time favorite Christians, so I'm certainly not going to be criticizing him about this :)