An Example of Manuscript Preaching: The Rejected King (1 Samuel 8) 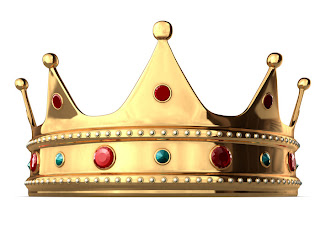 1. Do we approach the Lord as Israel did?
This passage calls upon us to identify with Israel.
How often do we attempt to solve our problems without seeking the Lord’s guidance and assistance? How many prayer-less decisions do we make? How many times do we make a decision and then ask God to bless it, rather than seeking his blessing in prayer first and then making the decision.
How many times do we turn to human wisdom to solve our problems rather than turning to God? Israel believed all her problems would be solved if only she had a new king. How many believe all their problems would be solved if only they had the right job, or the right income, or the right degree, or the right spouse, or the right family, or the right counseling, or the right church?
How many times we do we, like Israel, abandon our birthright of holiness to run after the world? We can apply this personally. How important is it for you to be in step with this culture and this world? Must you dress like the world, look like the world, be entertained like the world, spend your time like the world? Are you pulled by the world to abandon purity in conversation, faithfulness in marriage, chastity before marriage, compassion for the weak, lowliness in spirit? We can apply this corporately to the church. I am weary of the church that wants to look so much like the world. When the church has the world’s entertainment, the world’s music, the world’s casual lack of reverence, the world’s crassness, it has lost the very thing that God chose it to be in the midst of this world: holy and separated unto the gospel.
To be Christians, to be a faithful church, we must be counter-cultural.
2. The Lord will sometimes in his sovereignty allow wicked requests to be granted.
Just because God allows something to happen does not mean that he approves of it. We should be thankful that God in his wisdom sometimes says, “No,” to us. Sometimes, the worst thing that can happen is when he gives us over to our unsanctified desires and requests. We must be constantly immersed in the Word so as to know even what to ask and the manner in which to ask it, lest we ask amiss.
3. Like Israel of old, have we rejected the Lord’s kingship over us?
Could the Lord look at your life and say to you as he did of Israel of old, “but they have rejected me, that I should reign over them” (v. 7)?
When Jesus was here on earth he told a parable sometimes called the parable of the pounds about “a certain nobleman who went into a far country to receive for himself a kingdom, and to return” (Luke 19:12). Jesus then added, “But his citizens hated him, and sent a message after him, saying, We will not have this man to reign over us” (Luke 19:14). Every person who has ever rejected Christ has sent this same message. Would you not humble yourself and come under the rule of Christ?
Maybe you are a believer, but there have been areas of your life that have been in open rebellion to the dominion of Christ. Maybe in areas of person purity and integrity. In areas of discipleship and practice. In the sphere of your home and family. In the sphere of your education, work, or career. Will you not be submitted to Christ today?
Is the Lord sending his Word today to lodge a protest and a warning to you?
John Owen in Spiritual-Mindedness (Banner ed., 2009) observes:
When a wise, kind, loving parent who has made every effort to educate his child, and who has high hopes for the future of that child, finds that the child is lazy, plays truant, and enjoys bad company, how grieved that parent will be! But the heart of the Spirit of God is infinitely more loving and caring toward believers than any person can be to an only child. And when at great cost and with great care, he has nourished and brought us up as God’s adopted children, worked hard to conform us to the image of God, and then finds his work torn down and allowed to wither and fall to pieces, how grieved he must be, and how provoked he must be to turn against us and be our enemy! But yet, in his grace and mercy, he does his sad work of convicting us of our sin and ingratitude, bringing home to our hearts many fears and terrors, so that we will return to him with godly sorrow and whole hearted repentance, so that he can begin again (pp. 205-206).
O let us not grieve the heart of our dear King by rejecting his kind rule over us!
JTR
Posted by Jeffrey T. Riddle at 4:37 PM

Interesting that their asking a king wasn't in itself sinful.... I'd always thought that, but it seems it was more the *reasons* for them wanting a king....to be like other nations etc.
Sigh...how solemn that Samuel was godly but his children so ungodly. How frightening for us who have been blessed with children, some of whom are still outside of Christ. Our souls ache for them.