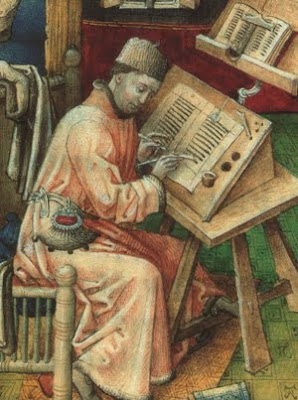 Note: This is a series of occasional verse by verse expositions of Jude. An archive of this and past commentaries may be found under the label "Jude Exposition" below.

Jude 1:18 how they told you that there would be mockers in the last time who would walk according to their own ungodly lusts.
In v. 17 Jude urged his readers to listen to "the apostles of our Lord Jesus Christ." It was this select group of men who had warned the believers to beware of "mockers" who would appear in the "last time" (v. 18). The apostles likely warned believers about such things in their preaching and teaching ministry. They also shared such things in their inspired writing ministry. Matthew recorded the warning from Jesus himself in the first Gospel: "for false Christs and false prophets will rise and show great signs and wonders to deceive, if possible, even the elect" (Matt 24:24). Paul warned against the deceit of "the man of sin" and "the son of perdition" (2 Thess 2:3). John, likewise, notes that "many antichrists have come, by which we know that it is the last hour" (1 John 2:18).
In v. 18 Jude refers to such men as "mockers." Mockery involves the expression of insult or contempt through impertinent imitation. These false teachers would deride or make fun of the Christian proclamation. The clearest example of this apostolic warning is found in 2 Peter 3:3-4. Peter warned of "scoffers" who would come "in the last days, walking according to their own lusts" (v. 3) and who would make sport of the Christian teaching of Christ’s second coming. These men would ask, "‘Where is the promise of His coming?’ For since the fathers fell asleep, all things continue as they were from the beginning of creation." The delay, Peter says, is not the result of God’s "slackness," but because God is "longsuffering toward us, not willing that any should perish but that all should come to repentance" (2 Peter 3:9).
Jude acknowledges that this is the "last time." By this he means this present gospel age, the intermediate time between Christ’s first coming and his second. The false teachers mock God by walking "according to their own ungodly lusts." They do not believe that the Lord will one day come to judge the living and the dead. Thus, at the time of his coming they will be like the foolish virgins who were shut out of the wedding feat and who heard the Master say to them, "Assuredly, I say to you, I do not know you" (Matthew 25:12).
Again, Jude is urging the faithful to resist the inroads of false teachers and to cling to the teaching of the legitimate apostles. We should especially beware those who mock cardinal Christian doctrines like the second coming of Christ. This little book of Jude is part of the very means God has provided for our perseverance in the faith!
Reflection: