J. C. Ryle on the Diligent Use of the Public Means of Grace 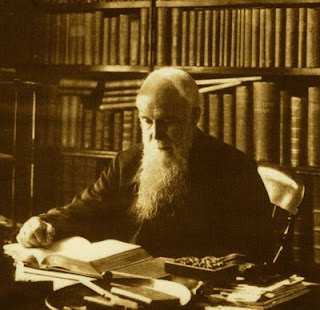 J. C. Ryle (1816-1900) was an evangelical Anglican bishop who wrote and preached often on personal holiness. One of his classic works is a booklet titled, Thoughts for Young Men. You can usually find a free copy on our tract table in the sanctuary. One section of the book is titled "Special Rules for Young Men" and includes the exhortation to make us of "all public means of grace." By this Ryle meant, "the instruments which God is pleased to use in order to accomplish salvation and sanctification in the hearts of men: the preaching of the Word, Bible reading and study, prayer, baptism, the Lord’s Supper, and godly fellowship with others." Below is an excerpt:
Be regular in going to the house of God whenever it is open for prayer and preaching, and it is in your power to attend. Be regular in keeping, the Lord's day holy, and determine that God's day out of the seven shall always be given to its rightful owner.

I would not want to leave any false impression on your minds. Do not go away and say I told you that going to church made up the whole of Christianity. I will tell you no such thing. I have no wish to see you grow up formalists and Pharisees. If you think the mere carrying of your body to a certain building, at certain times, on a certain day in the week, will make you a Christian, and prepare you to meet God, I tell you flatly you are miserably deceived. All services without heart-service are unprofitable and vain. They only are true worshipers who "Worship the Father in spirit and in truth, for they are the kind of worshipers the Father seeks" (John 4:23).

But the practices of Christianity are not to be despised because they are not saviors. Gold is not food, you cannot eat it, but you would not say it is useless, and throw it away. Your soul's eternal wellbeing most certainly does not depend on the practices of Christianity, but it is certain that without them, as a general rule, your soul will not do well. God might take all who are saved to heaven in a chariot of fire, as He did Elijah, but He does not do so. He might teach them all by visions, and dreams, and miraculous interventions, without requiring them to read or think for themselves, but He does not do so. And why not? Because He is a God that works by means, and it is His law and will that in all man's dealings with Him means shall be used. No one but a fool would think of building a house without ladders and scaffolding, and just so no wise man will despise means.

I dwell on this point, because Satan will try hard to fill your minds with arguments against the practices of Christianity. He will draw your attention to the numbers of persons who use them and are no better for the using. "See there," he will whisper, "do you not observe that those who go to church are no better than those who stay away?" But do not let this move you. It is never fair to argue against a thing because it is improperly used. It does not follow that the practices of Christianity can do no good because many do them and get no good from them. Medicine is not to be despised because many take it and do not recover their health. No man would think of giving up eating, and drinking because others choose to eat and drink improperly, and so make themselves sick. The value of the practices of Christianity, like other things, depends, in a great measure, on the manner and spirit in which we use them.

I wonder if Mr. Ryle would extend his statement..."It is never fair to argue against a thing because it is improperly used?" to musical genres. In other words, just as he says food and gold are often abused for sinful means, they are not inherently evil. What do you think he would say about contemporary Christian music, hard rock, R&B etc.?