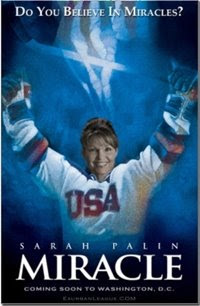 I plan to watch the Vice Presidential debate tonight. The nominaton of Sarah Palin as the Republican VP nominee has kicked off a lot of discussion in conservative evangelical circles over the propriety of women civil magistrates. It's an old debate (see John Knox's 1558 tract, "The First Blast of the Trumpet Against the Monstrous Regiment of Women" challenging the rule of Mary Queen of Scots and Queen Mary of England).

Moderate David Gushee of Mercer wrote an op-ed piece ("The Palin Predicament") in USA Today chiding conservative evangelicals who would not allow a woman to serve as Pastor in their local church but who are enthusiastically welcoming Palin as a VP nominee. The Council for Biblical Manhood and Womanhood (CBMW) responded by arguing that there is no contradiction in holding a complementarian view of gender roles in the home and church but not in the civil sphere. David Kotter of CBMW has written a series of articles supporting the propriety of women serving as civil magistrates (see the first here).

On the other hand, Doug Phillips of Vision Forum has called the nomination of Palin "the single most dangerous event in the conscience of the Christian community in the last ten years at least." Pastor Eric Einwechter has written an article ("Sarah Palin and the Complementarian Compromise") critiquing not only Palin's nomination but, more pointedly, the mainstream evangelical embrace of her nomination. He has also responded to Gushee's USA Today article. See also an article today in the Los Angeles Times on the debate over Palin among conservative evangelicals.

Phillips and Einwechter charge CBMW, Al Mohler, and other leading evangelicals with promoting partial or compromised complementarianism. Einwechter calls it "'two-point complementarianism' (i.e., the view that the headship of men and the separate roles of men and women apply in the family and in the church but do not apply in the social or civil sphere). One wonders if in addition to identifying three, four, or five point Calvinists, we might also begin to hear a distinction between those who hold a two or three point complementarian position.

Put me down as a five point Calvinist and a two point complementarian.