A Visit to St. Luke's Church 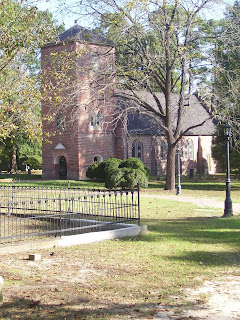 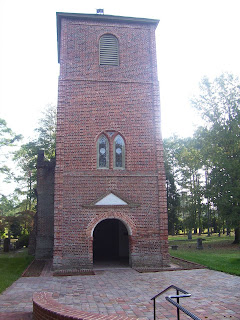 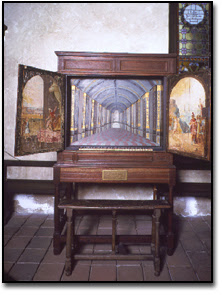 While in Suffolk my gracious hosts took me to visit historic St. Luke's Church just south of Smithfield in Isle of Wight County, Virginia. It is the oldest standing English origin church building (Anglican) in the United States, having been founded in 1632. The Gothic building with its three feet thick walls and fortress-like tower is also called "the Old Brick Church." Colonist used it as a church, courthouse, and fort.
Inside the building is "America's oldest organ," dating from 1630. The panels depict Saul throwing a spear at David as he plays the harp and the Judge Jephthah being met in victory by his daughter, "dancing to the sound of tambourines" (listen to "The Worst Story in the Bible"). I suppose the scenes are connected by the theme of music, but they are an interesting choice to adorn an instrument for sacred music.
JTR
Posted by Jeffrey T. Riddle at 5:33 PM