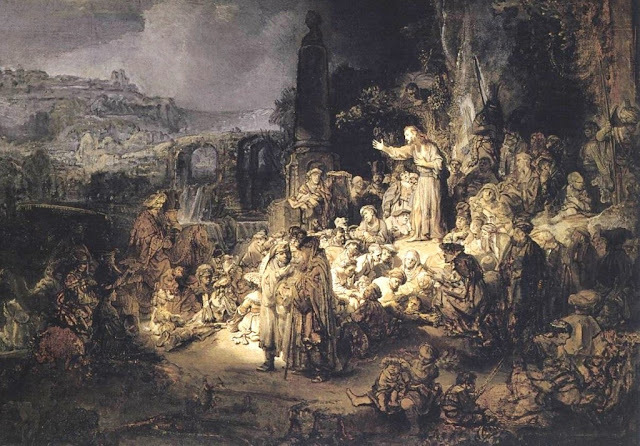 But when he saw many of the Pharisees and Sadducees come to his baptism, he said unto them, O generation of vipers, who hath warned you to flee from the wrath to come? (Matthew 3:7).

John did not pull any punches. By modern standards many of the things he said might be considered abrasive, offensive, and off-putting. John does this not out of cruelty but out of a passion for Christ and a love for souls.

Sometimes those who have lost consciousness have to be shaken and even slapped across the face to get them to wake up. John was led by the Spirit to get the attention of men and to call them to genuine repentance.

Notice how John addresses them: “O generation of vipers….” You sons of snakes!

There is no doubt that this was meant to give these men a spiritual slap in the face, to wake them up. It was probably the opposite of the way they envisioned themselves. They likely saw themselves as good, upright, respectable, and honorable men who came from a fine spiritual pedigree.

Christ himself would use the same terms to describe those who opposed and rejected him (see especially Matt 23:33: “Ye serpents, ye generation of vipers, how can ye escape the damnation of hell?”).

After addressing them in this unusual manner John asks, “who hath warned you to flee from the wrath to come?” In asking this question John is, in fact, informing them of the wrath of God and warning them of the danger of facing God’s wrath.

Biblical salvation is not about being saved from ourselves, but about begin saved from undergoing the wrath and punishment from God that our sin deserves (cf. John 3:36; Rom 5:9).

John’s words are sharp, but they are given with concern for the honor of God and for the spiritual well-being of the hearer. If we had a grave illness, we would not want our physician to beat around the bush. We would want him to tell us the unvarnished truth of our predicament and what was needed for our healing.

J. C. Ryle rightly observed: “It is no real kindness to keep back the terrors of the Lord: it is good for us all to be taught that it is possible to be lost forever, and that all unconverted people are hanging over the brink of a pit” (Matthew, 20).

Ryle added, “Happy would it be for the church of Christ, if all its ministers had been more like John the Baptist!” (Matthew, 21).

Why would he wear a garment made of camel hair? And why would he eat locusts and wild honey? Doesn't sound appetizing to me...

He also says that, "every tree that does not produce good fruit will be cut down" which is a lot like the fig tree that Jesus caused to wither and die.