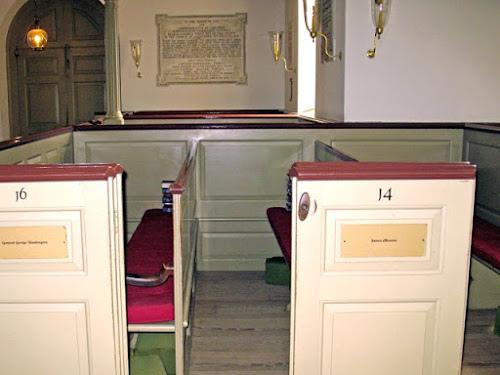 My brethren, have not the faith of our Lord Jesus Christ, the Lord of glory, with respect of persons (James 2:1).

But if ye have respect to persons, ye commit sin, and are convinced of the law as transgressors (James 2:9).

In James 2:1-9, the apostle identifies the sin of “respect of persons” (cf. 2:1, 9). The phrase “respect of persons” does not mean being respectful to persons, or treating persons with dignity and charity. Such behavior is certainly not sinful. That phrase, as used here, refers to the showing of partiality or favoritism toward someone based on what appears to be his favorable outward appearance or standing, while at the same time neglecting or overlooking others who do not share in this favorable outward appearance or standing. James exhorts, in particular, that the brethren not show favoritism to the rich, while neglecting the poor.

The English phrase “respect of persons” renders but a single word in the Greek, which literally means “to receive the face” or “to look upon the outward appearance.”

Consider the Lord’s instructions to Samuel when seeking the man to replace Saul as king: “Look not on his countenance, or on the height of his stature; because I have refused him: for the LORD seeth not as man seeth; for man looketh on the outward appearance, but the LORD looketh on the heart” (1 Sam 16:7).

Consider Peter’s response when he saw the faith of the God-fearing Gentile Cornelius: “Of a truth I perceive that God is no respecter of persons” (Acts 10:34).

James proceeds in vv. 2-3 to give a hypothetical example of how the believers might have exhibited “respect of persons.” Two men walk into an assembly of believers… (v. 2). Interestingly enough, the word here for “assembly” in Greek is synagogue. The first man has on a gold ring and “goodly apparel.” The second is a poor man in “vile raiment.”

Partiality or “respect of persons” is shown to the first man (v. 3). James says, “And ye have respect unto him that weareth the gay [stylish, expensive] clothing” and you find him a prominent and comfortable place to sit, saying, “Sit thou here in a good place.”

On the other hand, the poor man is told, “Stand thou there or sit here under my footstool” (v. 3).

When I read this I thought of some of the old colonial era Episcopal churches in Virginia, like the Bruton Parish church in Williamsburg, where the wealthiest families would pay an annual fee to rent their pews. The more money you paid the closer you could sit to the front, if not so much to hear the sermon, as to be near the stove in winter! If you were a poor man, however, you had to stand at the back, and if you were a slave you had to sit in the gallery (not a balcony).

Before we judge either the ancient Jewish Christians whom James addressed or the early Americans of Williamsburg, perhaps we should ask ourselves whether or not we too are prone to offer preferential treatment to someone who might come into the church whom we might think will be able to help us financially or with respect to prestige? Do we cater to the impressive professional who might visit us with what looks like a solid intact family, a happy marriage, well-mannered children, etc. Do we size them up and say, “Wow, they might really be able to help us!”?

On the other hand, do we sigh when someone comes in whom we might perceive to be a liability, who might need to take more than he can give, who might tax our patience and stretch our generosity to the breaking point?

If we are a healthy church, I think God will send us, and we will welcome with open arms, both kinds of people. But James is warning us not to favor one of these over another.

If Christ received us when we were poor sinners, we should show no “respect of persons” to any man.