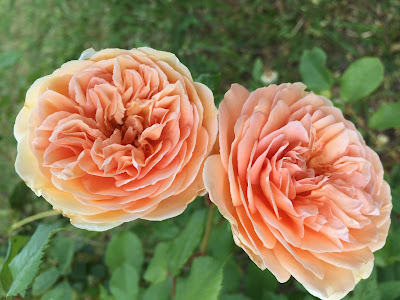 Through faith we understand that the worlds were framed by the word of God, so that things which are seen were not made of things which do appear (Hebrews 11:3).

To be a Christian necessarily means to believe in the special creation of the world as described in the Bible.  As the catechism teaches, God made the world in the space of six days and all very good.  Only a Christian understands how the world came into being.  He does so because he trusts the Biblical account of creation.

When it says the world was framed by the word of God, we might think of two things:

First, we think of how God made the world by his divine command:  “Let there be light.”

But, second, we also consider how the world was made by the Son of God:

Hebrews 1:1 God, who at sundry times and in divers manners spake in time past unto the fathers by the prophets,
2 Hath in these last days spoken unto us by his Son, whom he hath appointed heir of all things, by whom also he made the worlds;

The inspired author adds, “so that the things which are seen were not made of the things which do appear.”  This is a proof for what we call the ex nihilo view of creation (creation out of nothing).  The pre-Christian pagans believed in the eternity of the world.  Everything that exists has always been.  This view was re-articulated in modern science in the view known as the “steady state theory.”

Christians rejected that.  Why?  Because there is only one being who is from everlasting to everlasting.  That is God himself.  If the stuff that makes up the world had always been then it would be eternal.  This is an attribute that belongs to God alone.  To reject ex nihilo creation is to run the risk of pantheism, of worshiping the creation as divine.  It is to run to idolatry, to have a god above God.

In J. Gresham Machen’s What is Faith? He offers this assessment of Hebrews 11:3b:  “Here we have, expressed with a clearness that leaves nothing to be desired, the doctrine of creation out of nothing, and that doctrine is said to be received by faith.  It is the same doctrine that appears in the first verse of the Bible.” (p. 50).

Machen also warns against those who promote pantheism as a substitution for theism “on the ground that it brings God nearer to men” (p. 53).  He argues:

In reality, however, it has exactly the opposite effect. Far from bringing God nearer to man, the pantheism of day really pushes Him very far off; it brings Him physically near; but at the same time makes Him spiritually remote; it conceives of Him as a sort of blind vital force, but ceases to regard Him as a Person whom a man can love and whom a man can trust.  Destroy the free personality of God, and the possibility of fellowship with Him is gone; we cannot love or trust a God of whom we are parts (p. 53).