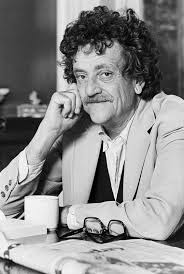 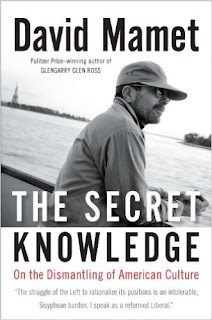 When I was in ninth grade, my hippie-dippy English teacher, fresh out of Clemson University with an English degree and serving in my underprivileged Low Country South Carolina high school, decided that rather than having her students read some of the classics of Western literature we should instead read the novels of the avant-garde, anti-war author Kurt Vonnegut (1922-2007).  This, by the way, is one of the reasons, my children are homeschooled.

Anyhow, I remember working my way through Vonnegut’s grim Slaughterhouse Five and his anti-religion Cat’s Cradle and writing an essay that compared the two works.  I also remember my mother reading over my essay before I turned it in and taking exception to my quotation of a Vonnegut character’s declaration about the meaninglessness of existence:   “No damn cat, and no damn cradle.”  She was more worried about the word “damn” in the quote than about the soul-sapping relativistic nihilism and anti-Christian thrust of Vonnegut’s worldview in his novels (which she had not read).

I recently picked up a used copy of one of Vonnegut’s last works:  A collection of essays under the title of A Man Without a Country (Seven Stories Press, 2005). Written in his 80s, Vonnegut speaks as an unrepentant socialist and humanist.  He demonstrates special disdain for then President George W. Bush.  At one point he even attempts to defend Marx’s dictum that “religion is the opium of the people.”  He observes:

Marx said that back in 1844, when opium and opium derivates were the only effective painkillers anyone could take.  Marx himself had taken them.  He was grateful for the temporary relief they had given him.  He was simply noticing, and surely not condemning, the fact that religion could also be comforting to those in economic or social distress.  It was a casual truism, not a dictum (p. 12).

So, I guess Vonnegut believed that Stalin and Mao just misread Marx when they mercilessly cracked down on religious freedom.  Hermeneutics is everything, I suppose.

Oddly enough, Vonnegut makes various references to Jesus throughout the work.  At one point he writes:

How do humanists feel about Jesus?  I say of Jesus, as all humanists do, “If what he said is good, and so much of it is absolutely beautiful, what does it matter if he was God or not?”

But if Christ hadn’t delivered the Sermon on the Mount, with its message of mercy and pity, I wouldn’t want to be a human being.

So, Vonnegut rejects the orthodox Christology of Jesus, while he admires the ethics of Jesus (as he construes it).  Extra ethics, hold the cross and resurrection.

The perfect counterpoint to revisiting Vonnegut has been reading David Mamet’s The Secret Knowledge:  On the Dismantling of American Culture (Sentinel, 2011).  The Pulitzer Prize winning Mamet went from being among the confirmed liberal literary elite to being a staunch cultural and political conservative.  Mamet’s political conversion was driven by his embrace of Judaism.  He writes with the zeal of a convert, noting:

Liberalism is a religion. Its tenets cannot be proved, its capacity for waste and destruction demonstrated.  But it affords a feeling of spiritual rectitude at little or no cost.  Central to this religion is the assertion that evil does not exist, all conflict being attributed to a lack of understanding between the opposed (Secret Knowledge, p. 81).

Mamet’s definition of liberalism (humanism) as a religion echoes the central thesis of Machen’s classic Christianity and Liberalism (no doubt unintentionally).  One would like to have seen Mamet and Vonnegut duke it out over that one.