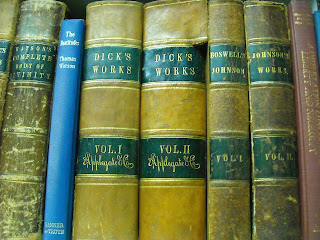 2 Timothy 4:13:  “The cloke that I left at Troas with Carpus, when thou comest, bring with thee, and the books, but especially the parchments.”


We are enjoying some vacation this week on the North Carolina coast, which has provided ample time for reading.  Here’s what I’ve read (or am still reading) this week:


·        Michael Brown’s A Queer Thing Happened to America (EqualTime books, 2011).  This is an intriguing and insightful survey of the impact of homosexual activism in contemporary American culture.


·        Archibald A. Hodge and Benjamin B. Warfield, Inspiration (Baker, 1979 [original 1881]).  This is a classic essay co-written by two Princeton giants defending the divine inspiration of Scripture.


·        Adrian Goldsworthy’s How Rome Fell (Yale University Press, 2009).  This is a secular history of the later Roman Empire, but brimming with insights on the history of early Christianity.


I’ve been thankful for the time for restful reading and thinking and pray the Lord would open the door for you to do the same before the summer ends.