Spurgeon on Psalm 33:2: "No instrument like the human voice" 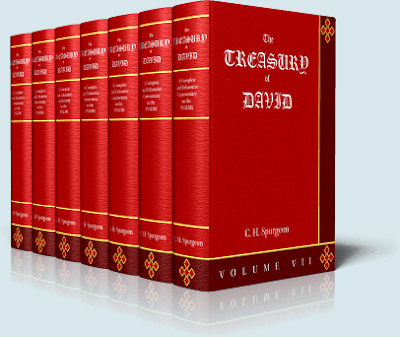 Here are even more thoughts from Spurgeon on singing and New Testament worship from his exposition of Psalm 33:2 in the The Treasury of David:
Praise the Lord with harp. Men need all the help they can get to stir them up to praise. This is the lesson to be gathered from the use of musical instruments under the old dispensation. Israel was at school, and used childish things to help her to learn; but in these days, when Jesus gives us spiritual manhood, we can make melody without strings and pipes. We who do not believe these things to be expedient in worship, lest they should mar its simplicity, do not affirm them to be unlawful, and if any George Herbert or Martin Luther can worship God better by the aid of well tuned instruments, who shall gainsay their right? We do not need them, they would hinder than help our praise, but if others are otherwise minded, are they not living in gospel liberty? Sing unto him. This is the sweetest and best of music. No instrument like the human voice. As a help to singing the instrument is alone to be tolerated, for keys and strings do not praise the Lord. With the psaltery and an instrument of ten strings. The Lord must have a full octave, for all notes are his, and all music belongs to him. Where several pieces of music are mentioned, we are taught to praise God with all the powers which we possess.
Under the “Explanatory Notes and Quaint Sayings” section on Psalm 33:2, Spurgeon adds the following:
Verse 2. Praise the Lord with harp: sing unto him with the psaltery and an instrument of ten strings. Here we have the first mention of musical instruments in the Psalms. It is to be observed that the early fathers almost with one accord protest against their use in churches; as they are forbidden in the Eastern church to this day, where yet, by the consent of all, the singing is infinitely superior to anything that can be heard in the West. J. M. Neale.
Verse 2. Harp; Psaltery, etc. Our church does not use musical instruments, as harps and psalteries, to praise God withal, that she may not seem to Judaise. Thomas Aquinas. It was only permitted to the Jews, as sacrifice was, for the heaviness and grossness of their souls. God condescended to their weakness, because they were lately drawn off from idols; but now instead of organs, we may use our own bodies to praise him withal. Chrysostom. The use of singing with instrumental music was not received in the Christian churches as it was among the Jews in their infant state, but only the use of plain song. Justin Martyr.
Verse 2. (last clause). It is said that David praised God upon an instrument of ten strings; and he would never have told how many strings there were, but that without doubt he made use of them all. God hath given all of us bodies, as it were, instruments of many strings; and can we think it music good enough to strike but one string, to call upon him with our tongues only? No, no; when the still sound of the heart by holy thoughts, and the shrill sound of the tongue by holy words, and the loud sound of the hands by pious works, do all join together, that is God's concert, and the only music wherewith he is affected. Sir Richard Baker.
JTR
Posted by Jeffrey T. Riddle at 3:01 PM