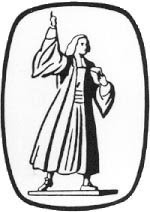 Day three (Thursday):
Morning:
Sinclair Ferguson spoke on "Union with Christ: Gospel Implications." His text was again Colossians 3. He drew a comparison between Paul’s discussion of Christ’s humiliation and exaltation with the concepts of mortification and vivification. He also noted there is an external and internal aspect to both these.
He stressed that Paul’s Damascus Road experience was not a mere "calling" but a "conversion" (contra Krister Stendahl’s thesis that the conversion interpretation is a product of "the introspective consciousness of the West").
He went though the text, describing it as a symphony in four movements:
1. Orientation (vv. 1-4);
2. Interpretation (vv. 5-11);
3. Transformation (vv. 12-15);
4. Disposition (vv. 16-17).
He closed by asking, "Why did Calvin preach up to ten times per week to his people?" He answered that Calvin knew that they needed constant exposure to the Word to wear away the old life and to bring in the new life. "The secret of holy living is in the mind, not the emotions." He added, "We need more preaching, not less. We need to be Word saturated." He asked how anyone could expect to prosper spiritually who only gets one 24-minute sermon per week! We need worship, because it destroys idolatry.
The second morning session was Walter Chantry, Editor of The Banner of Truth and retired pastor after 39 years at Grace Baptist Church in Carlisle, PA. His subject was "Modern Challenges to Calvinism" and his text 2 Timothy 3:1-17.
He said that every minister should ask: Am I laying a foundation that will last or is this only a fleeting and flickering light?
Though glad of the resurgence of interested in Calvinism, Chantry asked if in 50 years it all might be swept away again.
He drew parallels from the text’s language about lovers of money to the prosperity gospel; lovers of themselves to those who want "small groups" rather than preaching; lovers of pleasure to those who desire religious entertainment.
The remedy for false teachers in 2 Timothy 3:10: "But you have carefully followed my doctrine…." There must be Biblical doctrine that is preserved. You must understand a system of truth in the Bible.
He noted that in our day faithful seminaries and churches are often placed in the margins.
He traced a number of modern challenges:
1. Revelation. Can a charismatic claim be reformed? Chantry offered a forceful: "No, you’re not!"
2. Moral law. There are men who claim to be reformed and to lead reformed movements who are silent on this.
3. Covenants. Some are dispensational and claim to be reformed.
4. Worship. Can you be reformed and not follow the RP?
5. Church offices. Feminism continues to challenge Biblical view of offices.
6. Homosexuality. "Is there a new ‘Thus says the LORD’ for the nation in which we are living?"
After lunch, there was a panel discussion with the speakers.
Among the questions:
Book recommendations for new believers and for preaching with simplicity and power.
One asked Sinclair Ferguson: What are the dangers of subordinating forensic categories of justification to the relational categories of union? He answered that there is no need to drive a wedge between them. "Justification is not non-relational!"
One asked about Calvin’s letter writing and how modern pastors might do this in an email driven world.
Another asked about pastoral visitation. Mark Johnston noted that Pastors do no come like social workers. We should bring our Bibles with us and offer prayer.
One asked Iain Murray (not a speaker but at the conference) why the Banner’s edition of Pink’s "The Sovereignty of God" omitted the original chapter of reprobation. Murray answered that Pink’s views changed and the original chapter did not reflect his mature thought.
Ferguson was asked about a comment he made in his talk about union with Christ and baptism. The question came from a Baptist perspective and was pressing how one could say that the person baptized experiences union with Christ if those who are not yet believers are baptized. Ferguson said: "That’s not the sort of questions we answer at Banner events" and declined to answer.
One question came about the use of humor and personal illustration. Note: This might have come from some who were uncomfortable with Begg’s use of humor and story in his presentations. Iain Murray said that if you are trying to be humorous it is inappropriate. Ferguson said that anecdotes take away from exposition. Those who dwell on such may show they are not so good at exposition.
We skipped the final session to get on the road back to Charlottesville. It was again a good and edifying conference. One brother I met at the conference from Alberta, Canada who was attending his 30th such conference said that he had found the impact of these meetings only were felt in the weeks and months after they were over.
JTR
Posted by Jeffrey T. Riddle at 5:44 PM