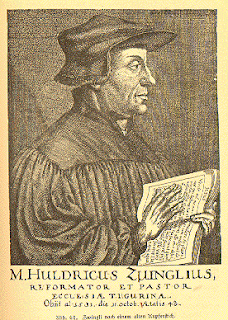 Note: This is a series of occasional verse by verse expositions of Jude. An archive of past commentaries can be found under the label "Jude Exposition" below.

Jude 1:15 to execute judgment on all, to convict all who are ungodly among them of all their ungodly deeds which they have committed in an ungodly way, and of all the harsh things which ungodly sinners have spoken against Him.
This verse is a continuation of the thought began in v. 14. The Lord will come at the end of the ages "with ten thousands of His saints" (v. 14). What will be the purpose of his coming? He comes to "execute judgement on all." Paul also says, "For we shall all stand before the judgment seat of Christ" (Rom 14:10). This is not something believers have to fear, because we will be covered by the righteous life of Christ (2 Cor 5:21). The focus of this verse is particularly upon the Lord’s judgment of the wicked: "to convict all who are ungodly among them."
One word stands out in the English translation. It is repeated four times. That word is "ungodly." In the traditional Greek text of this verse, the adjective "ungodly" (asebes) appears twice, the noun "godlessness" (asebeia) appears once, and the verb "to act in an ungodly manner" (asebeo) also appears once. The wicked are in essence "ungodly." They have committed actual "ungodly" deeds. The have lived in an "ungodly" way. They are "ungodly" sinners.
Jude stresses the radical nature of man’s depravity. There is no naïve talk here of a "spark of divinity" in man. Our nature has been corrupted by sin. Apart from God’s transforming grace, we do not seek God. We do not understand God. We do not love God. As Paul notes in Romans 3: "There is none righteous, no, not one; There is none who understands; There is none who seeks after God" (vv. 10-11).
As we have heard so often in this brief letter, Jude is warning the false teachers and those who have been duped by them that they must one day stand before Christ and give an account of their lives and doctrine. If they have spoken out against Christ, there will be a time of reckoning. Here is one more gracious plea for them to turn away from sin and toward Christ.
Jude is also encouraging the believers to remember the justice of God. Even if it seems that the wicked have the upper hand in this age, one day all things will be set right. The Lord has said, "Vengeance is mine" (Deut 12:19; cf. Rom 12:19).
Reflections: