Venning on the Sinfulness of Sin 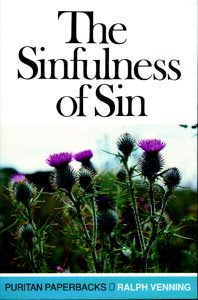 The Puritan Pastor Ralph Venning (1621-74) first published The Plague of Plagues in 1669, four years after the Great Plague of London. You can read the entire text online here. Greater than physical plague in Venning's mind was the spiritual plague of sin. Venning's work can be read in the Banner of Truth Puritan paperback series as The Sinfulness of Sin. Here are some quotes from Venning on sin:

"So what is done by any man would be done by every man, if God did not restrain some men from it by his power, and constrain others to obedience by his love and power…" (p. 30).
"As in God there is no evil, so in sin there is no good" (p. 31).
"All God's works were good exceedingly, beautiful in admiration; but the works of sin are deformed and monstrous ugly, for it works disorder, confusion, and everything that is abominable" (p. 32).

"Sinners grow up faster than men do; they are old in sin when they are still young in years" (p. 191).
"Sin costs dear, but profits nothing; they make a bad purchase who buy their damnation" (p. 201).
"Sin is a very expensive thing: it cannot be maintained without great cost. Men might build hospitals at a cheaper rate than they can maintain their lusts. Some men's sins cost them more in a day than their families do in a week, perhaps in a year. Some starve their families to feed their lusts, which have turned many out of house and home, and reduced great estates to a crust of bread, quite apart from what will happen hereafter. Lusts consume health and wealth (Proverbs 5). Gluttony, drunkenness, and uncleanness are costly and expensive" (p. 202).
"You cannot stand at too great a distance from sin" (p. 267).
JTR
Posted by Jeffrey T. Riddle at 9:55 AM