The Vision (3.19.21): Blessed are they which are persecuted for righteousness' sake 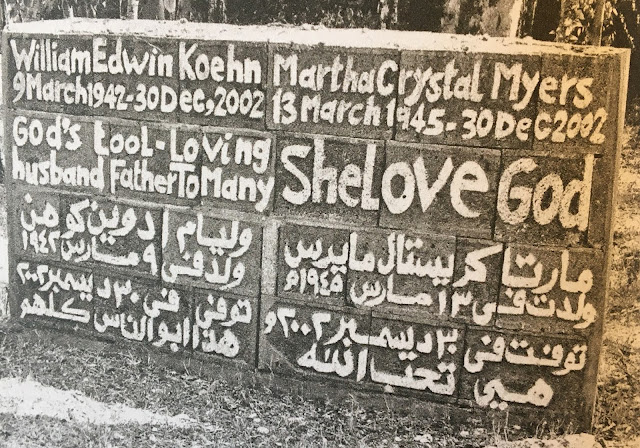 Blessed are they which are persecuted for righteousness’ sake: for theirs is the kingdom of heaven (Matt 5:10).

In John 15:20 Christ told his disciples, “The servant is not greater than his lord. If they have persecuted me, they will also persecute you.”

This truth has been proven over and again throughout church history.

Peter and John were arrested in the temple, beaten, and commanded not to speak in the name of Jesus (Acts 5:40), to which Luke adds that they departed “rejoicing that they were counted worthy to suffer shame for his name” (v. 41).

The story continued in the protomartyr Stephen (Acts 7), and in the death of James, the first apostle to lay down his life for Christ (Acts 12:1-2).

It is there in the multiple imprisonments, beatings, shipwrecks, and trials of the apostle Paul (cf. 2 Cor 11:21-30).

It continued in those mentioned in Hebrews 10, who were made a “gazingstock both by reproaches and afflictions (v. 33) and who “took joyfully” the spoiling of their goods, knowing in themselves that they had “in heaven a better and an enduring substance” (v. 34).

Beyond the time of the apostles, it was there in early men who suffered, including Ignatius of Antioch, who wrote letters to his fellow believers in the churches as he was being carried off to Rome to be fed to the lions. Or, in Polycarp of Smyrna who refused to deny Christ when he was 86 years old and was put to death for his faithfulness.

The more the church was persecuted the more it grew. As Tertullian of Carthage put it, “The blood of the martyrs is the seedbed of the church.”

It continued in the sufferings of believers under various Roman emperors, including during the “Great Persecution” under Diocletian when Bibles were burned and ministers put to death.

It continued at the time of the Protestant Reformation when the “Marian martyrs” were burned at the stake for preaching the Gospel.

It was there when men like the Particular Baptist Benjamin Keach was pilloried for teaching believer’s baptism.

And when John Bunyan was put in prison for preaching outside of state sanction, making shoe-laces from his prison cell to support his family, which included a daughter who was bind.

It continued in the persecuted church in the Soviet Union and Eastern Europe during communism.

And it continues today among brethren all over the world who continue to suffer shame and even death for the name of Christ. In my experiences those who have suffered most for Christ are usually those who desire least to talk of this. They wish instead to speak of Christ.

If you were to visit the grounds of the little hospital in Jibla, Yemen, you’d find the graves of William Koehn (administrator of the hospital) and Dr. Martha Myers (who for over 25 years served there as an obstetrician and surgeon). They were martyred by a fanatical Muslim on December 30, 2002. On Koehn’s grave marker in crude handwritten English and Arabic it says, “God’s tool; loving husband; father to many”; and on Myers’ it simply states in broken English, “She love God” (for a picture of the grave markers, see R. W. Yarbrough’s Clash of Visions, p. 68).

Christ announces the reward for the persecuted: “for theirs is the kingdom of heaven” (v. 10b). In v. 12 he adds an additional promise: “for great is your reward in heaven.”

Skeptics sometimes mock believers for the hope of heaven. They call it “pie in the sky.” Marx called it an opiate for the masses.

But the hope of heaven has proven the very thing through the years that has led ordinary men and women to live in extra-ordinary ways. For many, it has been that which was needed to stiffen the spine and brace the courage when facing persecution and even death for the sake of their Lord.

May we be found faithful in this generation.