Buried with Christ in baptism 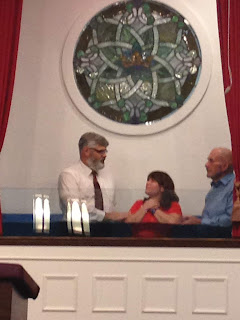 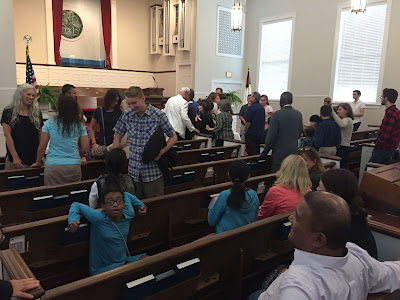 Therefore we are buried with him by baptism into death: that like as Christ was raised up from the dead by the glory of the Father, even so we should walk in newness of life (Romans 6:4).

We do not become a Christian by living a good life (that would be works righteousness), but we aspire to live a good life, because we have become Christians. We have been transformed by Christ.

It should not go without notice that Paul presents here in Romans 6 a beautiful image of what baptism signifies. When a Christian is baptized, he is saying, “I identify with the Lord Jesus Christ. I have died to sin through Christ. My old life is buried. I have been raised with Christ to walk in newness of life.”

This inspired description has long been used as a proof for believer’s baptism by immersion.

Who is the right candidate for baptism? A believer in the Lord Jesus Christ.

How should this person be baptized? By full immersion in water.

In favor of this mode of baptism, there is the linguistic argument. The verb baptizo means “to immerse, dip, or plunge,” and it is the verb used in every instance to describe the baptism of a believer. There is a verb in Greek for “to pour” echeo, and for “to sprinkle” rhantizo, and for “to wash” nipto, but in every instance when a baptism is described in the NT the verb is baptizo.

There is the argument from the example of Christ’s baptism (cf. Mark 1:10: “coming up out of the water”).

There is the argument from references to abundance of water when baptism is done in the NT (cf. John 3:22: “And John was also baptizing in Aenon near Salim, because there was much water there.”; Acts 8:36).

And there is also the argument from Romans 6 that the only practice of baptism that could possibly match up with what Paul describes here is believer’s baptism by immersion: the believer being plunged beneath the surface of the water into “the watery grave of baptism” and being raised to walk in newness of life.