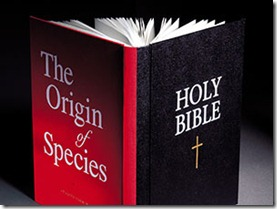 
In reflecting on how the theory of Markan priority managed to overturn the pre-critical view of Matthean priority and how it has tenatiously held sway in the scholarly community since the 1800s, Black observes:


The stubborn adherence to Markan priority in the face of all its weaknesses compels one to conclude that it has been regarded almost unconsciously as a dogma of scholarship over against the claims of the church to control the dogmatic interpretation of the Scriptures, for the critics seek always to offer an alternative explanation to that of church tradition and belief (pp. 42-43).


With this quote also comes an intriguing footnote which references W. R. Farmer’s The Synoptic Problem (1964).  Black recalls Farmer’s suggestion that the nineteenth century theory of Markan priority was accompanied and influenced by the rise of evolutionary thought (p. 43, note 25):


He notes that defenders of Markan priority were influenced by theological positions and “that ‘extra-scientific’ or ‘non-scientific’ factors exercised a deep influence in the development of a fundamentally misleading and false consensus” (190).  While rejecting a conscious connection between Markan priority and evolutionary social theory, he nevertheless concludes “that the Marcan hypothesis exhibited features which commended itself to men who were disposed to place their trust in the capacity of science to foster the development of human progress” (179).


Indeed, the theory of Markan priority is based on the assumption that the shortest Gospel (Mark) would be the most primitive and that Matthew and Luke would have expanded and added to their Markan source as the Gospel tradition evolved.  It also operates on the assumption that modern "scientific" methodology would allow researchers to uncover the origins of the Synoptic tradition and their primitive sources (Mark and Q).


A similar suggestion might be made regarding the overthrow of the traditional original language text of Scripture in the nineteenth century in favor of the modern critical text.  It was based on the similar assumption that the lectio brevior (“shorter reading”) is the more primitive (original) and that the ecclesiastical text evolved through harmonization and expansion.  Scholars, then, using "scientific" methodology may recover the original text.  Darwin’s Origin of Species was published in 1859, Holzmann’s Die synoptischen Evangelien in 1863, and Wescott and Hort’s The New Testament in the Original Greek in 1881.  Can it be that we are still dealing with the lingering influence of nineteenth century evolutionary thought in textual and Gospel studies?
JTR
Posted by Jeffrey T. Riddle at 10:11 PM

Hmm; regarding the quote --
The stubborn adherence to Markan priority in the face of all its weaknesses compels one to conclude that it has been regarded almost unconsciously as a dogma of scholarship over against the claims of the church to control the dogmatic interpretation of the Scriptures, for the critics seek always to offer an alternative explanation to that of church tradition and belief (pp. 42-43). --
it's not as if the researchers who advocated Marcan priority in the late 1800's and early 1900's woke up every morning asking themselves, "How can I challenge the traditional view of the Synoptic Problem today?". They went where they thought the evidence was leading them. Page through Hawkins' Horae Synopticae and I don't think you will detect a call to usurp tradition merely because it is tradition. But you won't find a call to adhere to tradition just because it is tradition either. It's very evidence-centered.

Though I agree that many scholars no doubt were attempting to follow the evidence wherever it led them, in good "modern" style, I also think it makes sense to ask about how their quest was shaped by the cultural and intellectual assumptions of the age. Surely, this is particularly significant when it comes to "source criticism."

BTW, have you read David Dungan's "A History of the Synoptic Problem"? I seem to recall that one of many points he raises is how some the German Protestant scholars might have been affected by anti-RC bias in their efforts to dethrone Matthean priority.