What does Paige Patterson have to do with Jean-Jacques Rousseau? 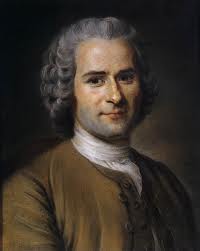 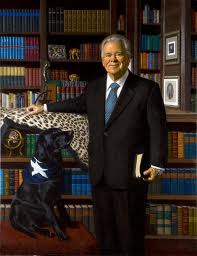 I am still working my way through Karl Barth’s From Rousseau to Ritschl, in which the neo-orthodox theologian surveys and critiques various Enlightenment figures and assesses their impact on modern theology.  I was struck in particular by his discussion of Rousseau, whom he calls “a kind of martyr to Pelagianism” (p. 106).  It was especially striking in light of the recent semi-Pelagian statement by self-styled SBC “traditionalists.”   One line in the statement, under its second article “The Sinfulness of Man,” states, “We deny that Adam’s sin resulted in the incapacitation of any person’s free will or rendered any person guilty before he has personally sinned.”


Oddly enough, this apparently puts these Southern Baptists in theological league with Rousseau.  Barth concludes that while the celebrated French thinker admitted that men succumb to occasional moral downfalls this “in no way alters the fact that man is fundamentally, essentially, and naturally good, and has remained so.  It is certainly true that his natural goodness does not preventing him from being less good.  But even while he is deteriorating his natural goodness remains.  Rousseau was a confirmed Pelagian, a declared opponent of the Church doctrine of original sin and no free will:  man can in fact be wicked and is wicked times without number; but he is never essentially wicked and need not be so.  He may well do evil but he is not evil.  The charge to be brought against man is relevant only in certain connexion, namely to his existence in society, which brings with it all the evil possibilities we have mentioned…..” (pp. 105-106).


The last part of that quotation is intriguing.  Barth notes that for Rousseau “sin” in not inherent in man (by original sin and total depravity) but is only due to man’s environment.   This calls to mind another line in the Southern Baptist statement which, while denying original sin, states, “every person inherits a nature and environment inclined toward sin” (also in “Article Two:  The Sinfulness of Man”).  Oddly enough, it seems that the “conservative” Southern Baptists who have embraced this “traditional” statement have actually embraced the humanistic, Pelagian anthropology of the Enlightenment.
JTR
Posted by Jeffrey T. Riddle at 8:49 AM

I tried REALLY hard to resist commenting but this "Traditional" Statement takes the cake. I've been embarrassed of the SBC for many years now due to the unbiblical practices of the cooperative program and the false doctrine of many leaders. But this statement, and now this week they have adopted a resolution to honor the "Sinner's Prayer" as normative practice in the SBC, and Al Mohler and Russell Moore's weak-kneed, Rodney-King-like responses, is just too much.

There, I've vented and feel much better.

Calvinism says "Jesus died for you but you can't believe that until God gives you a secret magic shot of enabling."

Arminianism says "Jesus died for you but you can't believe that until God gives you a secret magic shot of enabling, which he already gave everyone."

Semi-Pelagianism says "Jesus died for so believe it already. No magic shot required."

And you're going to argue that the magic shot versions are superior? What are you an idiot?

An semi-Pelagianism of the sort of the SBC traditional statement has nothing to do with sinning or not sinning. It only has to do with whether the magic shot is required before you can believe. Anyone who's read the statement knows that. They aren't saying you can save yourself by works -- just that you don't need a magic shot of 'irresistable grace' or 'prevenient grace' before you can believe.

I'm afraid your first comment demonstrates a misunderstanding of the differences on so mamny levels, but to avoid giving a dissertation on the matter (which has been done many times by men much more capable than myself), I'll attempt to address your second comment with a brief observation (I'm assuming that both comments are from the same "Anonymous").

The grave importance, as I see it on the "sin" issue, is this, if you reject our guilt in Adam, then you have essentially rejected the system (federal headship) through which God can justly declare us righteous/just in Christ. If you throw out headship and imputation, then you render ALL men without hope - Romans 5 would be fairytale and we have no justification. That's not a road I think any of use want to go down! Praise God for His mercy and grace in imputation!

I am glad you resisted the temptation *not* to comment! As for the SBC, I resonate with your take, especially with regard to the tepid response from Mohler, et al. on this issue. If the statement is Pelagian it ought to be denounced as false doctrine. Mohler seems to speak boldly on "safe" culture war type issues but is much more subdued on issues of direct doctrinal relevance closer to home. The more distance I get from the SBC (as one who grew up, was educated, and served for over 20 years in that context--and benefited from many things about it), I think one of the key problems in the SBC (in additon to man-centered-ness) is ecclesiology. The denomination sponsors missions and seminaries while the churches make an idol of "local church autonomy" (which usually devolves into nearly total lack of accountability). Moler rightly knows he needs to nuance his statements, because he could get serious political backlash that threaten his denominational service. What is lacking is meaningful church and ministerial coonfessionalism and connectionalism. But I digress. At any rate, thanks for the comment. Feel free to resist the temptation not to comment often.

Usually comments that include ad hominem arguments like, "What are you an idiot?" don't make it through moderation. I allowed this one, however, in part, to illustrate bad argumentation.

Armand has already sufficiently pointed out the doctrinal problems with your argument. God's sovereignty in salvation is not "a magic shot." It is Biblical grace. As you indicate, even Arminians, who hold to "prevenient" grace, could not affirm the "traditional" SBC statement.

Pelagianism (the belief that man is inherently good and can choose or reject God as he pleases) is unbiblical and should be rejected as false teaching.