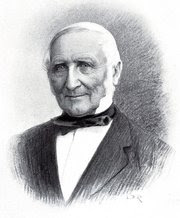 
In preparing to preach expositionally through Luke’s Gospel, I began looking for a good commentary to read sequentially through as the series progresses.  I ended up ordering a used copy of Frederick Godet’s A Commentary on the Gospel of St. Luke (1881 ed., trans. By E. W. Shalders and M. D. Cusin), that I found on abebooks.com.


Godet (1812-1900) was a conservative Swiss theologian who taught at Neuchatel and whose native language was French.  John Murray makes frequent favorable references to Godet’s Romans commentary in his own work on that epistle.


Godet’s Luke commentary is one that Spurgeon recommended to ministerial students in his Commenting& Commentaries, giving this sound-bite from Meyer on the work:   "To an immense erudition, to a living piety, Godet unites a profound feeling of reality; there is here a vivifying breath, an ardent love for the Savior, which helps the disciple to comprehend the work, the acts, the words of his Divine Master."


In his New Testament Commentary Survey (I have the 5th ed. but there is now a 6th), D. A. Carson observes, “Godet is virtually pre-critical, but can be valuable” (p. 57).  That comment actually was the one that made me want to acquire Godet, but probably not for the reason Carson intended.  I don’t see the pre-critical perspective as limiting its value but enhancing it.  In the preface to the commentary, J. Hall notes that Godet brushes aside “the cobwebs which Rationalist or mythical interpreters heap on the inspired page” (iv).


The problem with most modern commentaries (even, and sometimes especially, from evangelicals) is that they are so intent on demonstrating full immersion in modern historical-critical study that they lack spiritual vitality.
Another related issue is that of text.  Modern commentaries, by and large, assume the validity of the modern-critical text and disregard commentary on the traditional text.  In the preface to the first edition of his commentary, Godet, however, observes:


Since I cannot in any way regard the eighth edition of Tichendorf’s text just published as a standard text, though I gratefully acknowledge its aid as absolutely indispensible, I have adopted the received text as a basis in indicating the various readings; but I would express my earnest desire for an edition of the Byzantine text that could be regarded as the standard authority.


So, Godet’s Luke commentary provides what cannot be discovered today, a conservative and evangelical commentary based on the traditional text of the NT.  I wonder what Godet thought of the TR based on Beza (and harmonized with the AV) edited by Scrivener and originally published by Cambridge University Press in 1894 and 1902 (now reprinted by TBS), which would have come out in his lifetime, or would have thought of recent editions of the Majority text by Farstad, et al. and Robinson.  I will be keeping my radar up as I read through the commentary for Godet’s insight into text, among many other things.
JTR
Posted by Jeffrey T. Riddle at 1:30 PM

I prefer read what the "old men" wrote about textual issues, like John Calvin and Beza on the Johanine Comma, or Mathew Poole about the so called errors in the text of 1 and 2 Samuel. May God help us to keep on keeping on in the old paths!