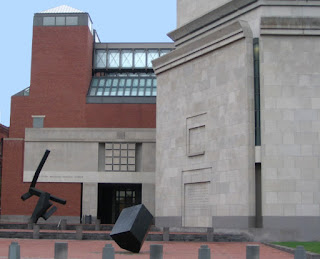 Our family took a day trip to DC on Monday (Presidents' Day). Traffic was very light going into the city, and I got the best parking lot I've ever had near the Mall, just across the water from the Jefferson Memorial and about a block walk to the US Holocaust Museum. Off peak season and on a holiday is definitely a good time to visit Washington. We all went to the sobering children's exhibition "Daniel's Story" then Llew took the older children to the primary exhibition while I played with the younger children downstairs. 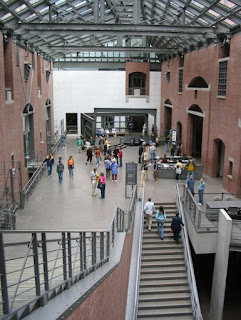 Here's the inside of the Museum. After this visit we caught the subway at the Smithsonian stop and went to the Gallieria/Chinatown stop to visit the International Spy Museum. We had heard some recommendations that this was a good place to visit. It was OK. Sort of a "Ripley's Believe it or Not" take on international history and espionage, but there were lots of interactive things for the kids to enjoy. 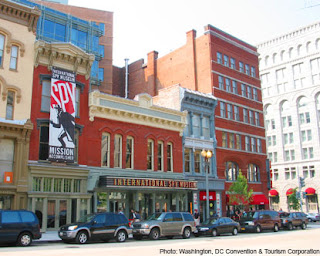 Two musems in one day was about all we could handle. After supper, we took another walk on the Mall past the Washington Memorial and on to the World War II Memorial. The latter is very impressive and a great follow-up to our visit to the Holocaust Museum earlier in the day. The children all agreed that none of them would ever want to go to war. The girls, in particular, said they would not want Sam, my oldest son, to have to fight in a war. Then I asked, "What if there were another situaton like the Holocaust? Wouldn't you want young men like Sam to go and fight for them?" "Yes," they reluctantly agreed. It made the memorial we were visiting and their appreciation of the sacrifice of others for liberty much more real. 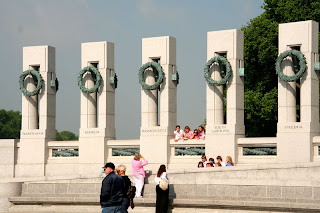