Reflections on Luke 22:21: Did Judas partake of the first Lord's Supper? 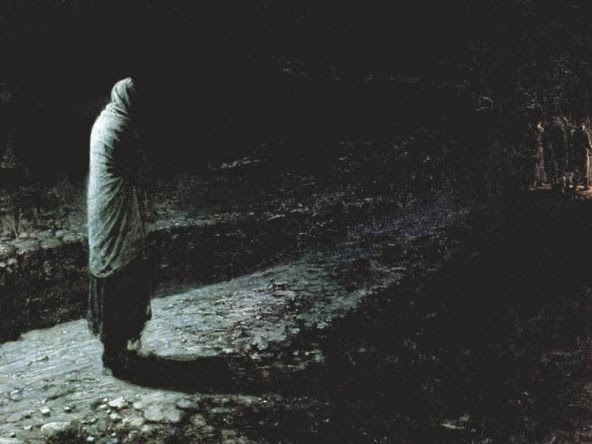 Note:  Here are some notes from last Sunday morning's sermon from Luke 22:21-30, reflecting especially on the question raised by v. 21 as to whether Judas partook of the first Lord’s Supper and, if so, what the implications might be from this.

There is a debate about the chronology (the order of events in time) of what is described here.  Namely:  Was Judas the betrayer there at the table not only during the Last Supper (the Passover meal) but also at the first Lord’s Supper, as v. 21 may imply (coming just after Luke’s description of Jesus’ institution of this new covenant meal in vv. 19-20)?

We can add to this the testimony of John which does not record the Lord’s Supper but does record this about Judas’ betrayal:

John 13:26 Jesus answered, He it is, to whom I shall give a sop [piece of bread], when I have dipped it. And when he had dipped the sop, he gave it to Judas Iscariot, the son of Simon. 27 And after the sop Satan entered into him. Then said Jesus unto him, That thou doest, do quickly. 28 Now no man at the table knew for what intent he spake this unto him. 29 For some of them thought, because Judas had the bag, that Jesus had said unto him, Buy those things that we have need of against the feast; or, that he should give something to the poor. 30 He then having received the sop went immediately out: and it was night.

The question is whether Judas’ “going out” was after the Passover meal or after the Lord’s Supper.

We must take Luke’s chronology seriously, since at the beginning of his Gospel he specifically says that he writes “all things from the very first … in order” (Luke 1:3).

If Judas were there, this means that even at the very first Lord’s Supper a false professor was present.  Even when our Lord was there physically at the head of the table, there was an unregenerate man present who ate and drank “unworthily” (1 Cor 11:29).


This reminds me of Jesus’ parable of the wheat and the tares  where the tare are allowed to grow among the wheat till the harvest when the weeds are separated from the wheat (Matt 13:24-30, 36-43).  It is a reminder that in this age, though we should seek a pure and regenerate church, and though we should, for example, fence the table, we will not achieve absolute purity as the church militant here on earth.  That will not come till we are the church triumphant in heaven.
Posted by Jeffrey T. Riddle at 11:10 AM

I think we should seek a *regenerate* church ;)

Thanks for the catch. Corrected. I saw the error in my manuscript when preaching yesterday and corrected it verbally in the message--after an internal smile--but forgot to edit it for this post. Glad you're still willing to read after a drought of posts the last few weeks.