The Vision (12.5.13): Near Death Experiences and the Sufficiency of Scripture 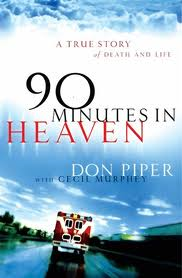 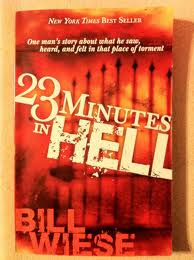 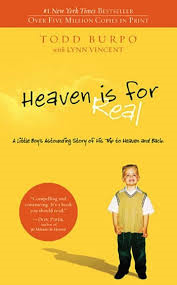 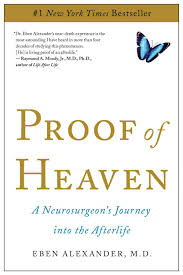 Note:  The devotion below is taken from the introduction and conclusion from last Sunday’s sermon on the Rich Man and Lazarus (Luke 16:19-31).


“And Abraham saith unto him, They have Moses and the prophets; let them hear them” (Luke 16:29).


Indeed the question of what happens after death is a popular topic that fuels much speculation in our day.  Examples:


In 2004 Don Piper, a Baptist minister, published a book titled 90 Minutes in Heaven:  A True Story of Life and Death (Revell), which supposedly catalogued his experience of dying and going to heaven after an automobile accident, until another minister prayed for him and his life was restored.


At the other end of the spectrum, In 2006 there appeared a book by a charismatic layman named Bill Wiese titled 23 minutes in Hell:  One man’s story of what he saw, heard, and felt in that place of torment (Charisma), which records his supposed experience of being transported to hell for 23 minutes late one evening.


Then, in 2010 Todd Burpo a Wesleyan Pastor from Nebraska published a book titled, Heaven is for Real:  A Little Boy’s Astounding Story of His Trip to Heaven and Back (Thomas Nelson), which tells of how his 4 year old son supposedly died during surgery, visited heaven, and then returned to tell the story.


And even more recently, in 2012 a physician named Eben Alexander wrote Proof of Heaven:  A Neurosurgeon's Journey Into the Afterlife (Simon and Schuster), in which he described his experience in a seven day coma in which he claimed to have traveled to “the deepest realms of super-physical existence” and where he met and talked with “the divine source of the universe itself.”


Is there any basis for giving credence to such accounts?  Jesus’ account of the Rich Man and Lazarus addresses and I think answers that question in the negative.


At the end of the passage, we find that the real focus and the most valuable thing to be gained from the Rich Man and Lazarus, however, is not its teaching about the afterlife but what it has to say about the doctrine of Scripture, particularly the doctrine of the sufficiency of Scripture.


This account does indeed address and inform the Christian view of the afterlife:


It tells us that death is not the end of our existence, but only the beginning.  At death, our souls are either immediately in the presence of God awaiting the final resurrection and permanent assignment to heaven (like Lazarus), or they are in torment awaiting that same final resurrection and permanent assignment to hell (like the Rich Man).  There are no second chances after death. There is no moving from one realm to another.


And:  There is no moving from either place back to the land of the living.  What does this say about all the books mentioned above?   They are anti-scriptural.  They deny our Lord’s own teaching.  Thus, they are false teaching.  Their major flaw is that they teach one should believe in the reality of heaven and hell due to their extra-biblical witness, coming from their alleged personal experience.  But this is precisely where they are wrong-headed.  The reason to believe in heaven and hell (or anything else of spiritual importance) is not because of the experience of a person (minister, child, or physician) but because of the testimony of the Word of God.


Is scripture sufficient for you?  Or do you crave something else, something more?  If you do, your attitude is like that of the rich man.  You have the Scriptures, listen to them!

Consider that these are written by non-believers who have since (as in Proof of Heaven) become believers. Just why they, personally, believe in the reality of Heaven and Hades is due to their own personal experience. Like any supernatural experience the rest of us are invited to make of it what we will, and if what an unbeliever makes of it causes him to seek out a minister somewhere and try getting a few straight answers about the Lord and the hereafter, well then - will you turn them away because they come to you for all the wrong reasons? Of course you wouldn't.
So then - let us not be too critical here.

Thanks for the comment. My point is that basing your beliefs on experience is a faulty foundation. In Jesus' telling of the Rich Man and Lazarus, the Rich Man asks Abraham to send Lazarus back from the dead to witness to his brothers, but Abraham refuses, telling him that they have the Scriptures and they should listen to them. Of course, if someone came to me with such faulty (as I consider them) beliefs, I would not turn him away. I would welcome him, but I would also think it my duty to teach and disciple him (probably using Luke 16). I, in part, introduced these examples because these books are popular in the evangelical Christian sub-cultural and I wanted to teach our folk to be discerning and to see where such things are off track Biblically.