The most thrilling story 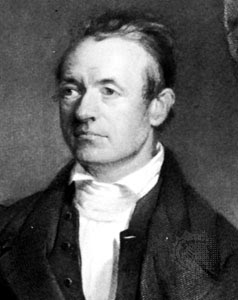 When famed missionary Adoniram Judson (1788-1850) came home to New England in 1845-46 after many years spent in pioneer labors Burma, he found to his surprise that he was a celebrity in American Christian circles with numerous invitations to speak and preach. His audiences, however, were often disappointed in Judson. They wanted to hear exotic tales from the strange land of the East, but Judson generally preached the same gospel messages he proclaimed in Burma.

On the way home after one such engagement, Judson’s third wife, Emily, gently tried to explain to her husband what his American audiences wanted:

“But they wanted something different—a story.”

“Well, I am sure I gave them a story—the most thrilling one that can be conceived of.”

“But they had heard it before. They wanted something new of a man who had just come from the antipodes.”

“Then I am glad they have it to say, that a man coming from the antipodes had nothing better to tell than the wondrous story of Jesus’ dying love.”

Pastor Riddle, my pastor here at Wilderness Road Baptist Assembly has told us about you. My family and I are praying for you and your church, and your site has been added to the links located at www.BigBridgeACross.wordpress.com . We also look forward to meeting you at a later date, brother, when the opportunity presents itself! Keep up the good work!